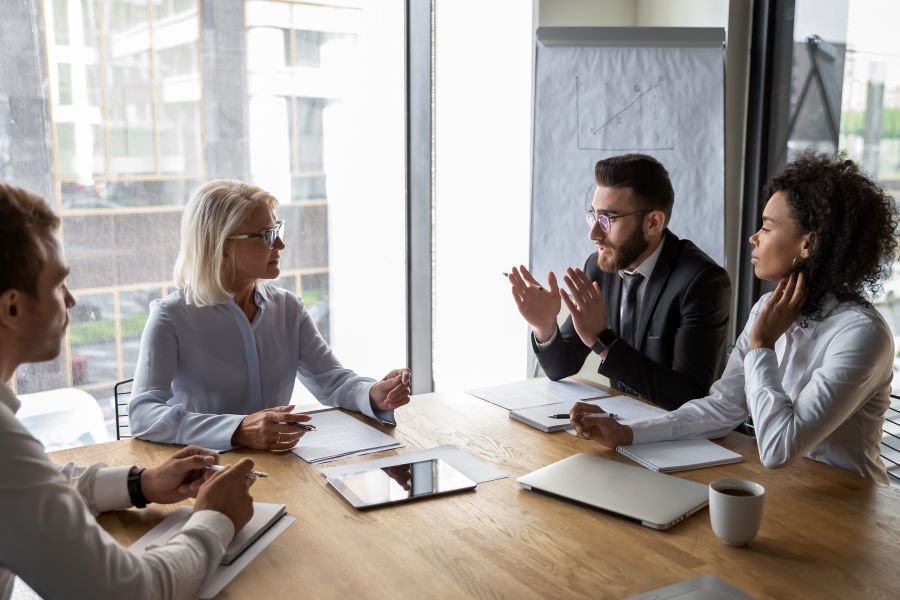 She was deliberative, thoughtful in her decision-making. He was brash and impetuous.

She had a measured irreverence. He not so much.

She sought advice. He was autocratic.

She was influential. He was domineering.

She was her organization’s advocate and cheerleader. He showed little interest or aptitude for the mission of the organization.

She knew her limitations. His ego knew no bounds.

She was collaborative. He was obstructive.

She was tolerant. He was punitive.

You get the picture. Need I go on?

We were three years into a project supporting a large organization in developing and implementing its new mission-critical system. We had developed a strong relationship with all stakeholders, and in particular the primary stakeholder responsible for successful implementation.

Then the unthinkable happened

Please don’t misunderstand me. I liked working with both “she” AND “he”. Both challenged us to perform. Both had incredible strengths. Both had limitations. After all, both were human.

The shock to the project was “changing horses in midstream.” And especially at this point in the project delivery. We had a definite cadence with “she” and a firm path to completion. “He” came in more as a disruptor, challenging us in new and different ways. It took some time, but gradually we began to understand him, his working style, and his overall objectives.

We completed the project successfully, though undoubtedly, we also would have had “she” remained our prime stakeholder.

But what was the lesson learned from the perspective of monitoring stakeholder engagement?

For me it was ensuring that my skills to “manage up” were well-honed. As you can see from the above description, the pivot from one prime stakeholder to the other could not have been more extreme or happen at a worse time for the project. My colleagues and I had to be flexible to switch from what had become comfortable (and rightly so) to what was now newly challenging. To their detriment, some on the organization’s managers did not make the switch well.

The skills that I described in an earlier article (“5 Essential Skills to Effectively Monitor Stakeholder Engagement”) became preeminent. I had to very quickly (did I say VERY quickly?) learn the new and radically different culture that was being introduced. Political awareness rose in prominence as the new stakeholder was a political aficionado, and I had to learn to keep up.

He wanted to quickly grasp as much as possible about the organization and the project, and it was up to us to bring him up to speed. Networking was more difficult, though not impossible, given that he was an unknown to much of the organization. He respected leadership skills; therefore, making those skills apparent in his presence was a must.

Project Managers must hone their people skills and prepare to deal with unexpected change at any point in the lifecycle of the project. Being able to do so in working with stakeholders is especially important.