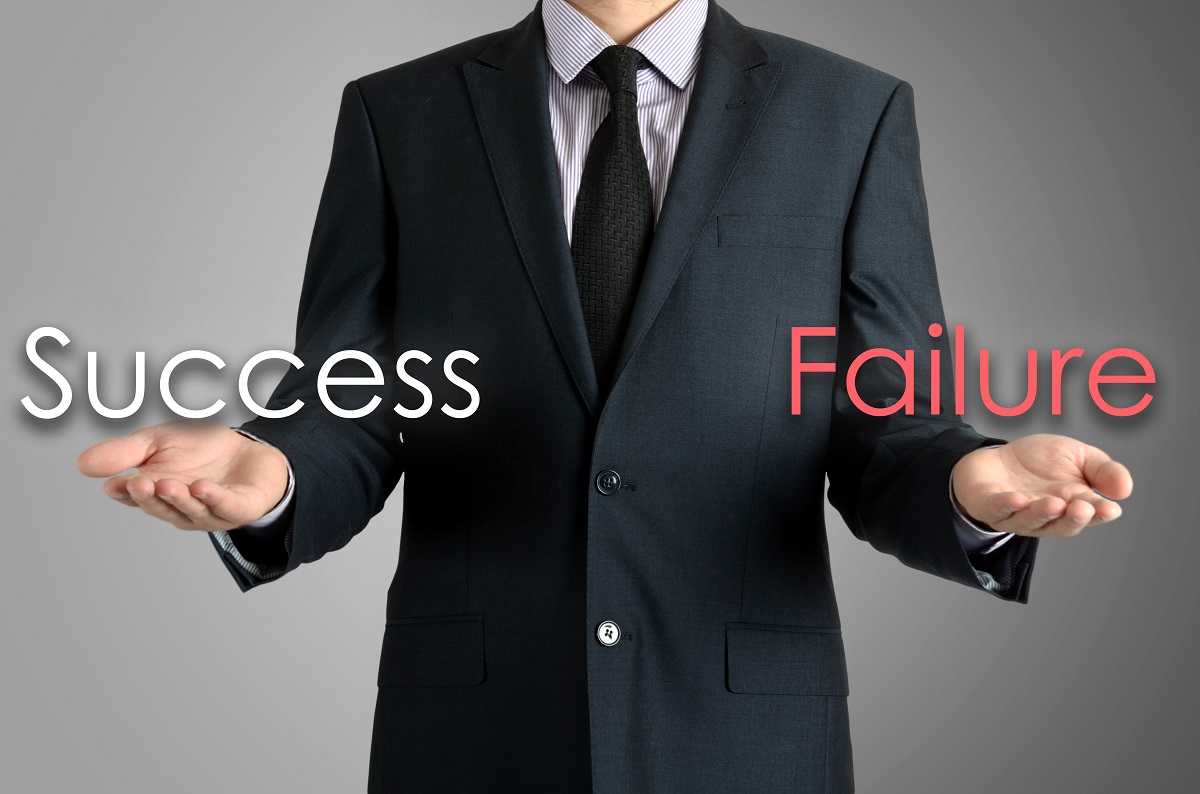 As I reviewed published materials on the state of the IT industry’s ability to deliver projects successfully, it struck me that project success and failure have different meanings to different people.

Both studies indicate a bleak rate of success in our industry’s ability to deliver software projects on time, within budget, and that meet the client organization’s objectives. Regardless of how one measures success or failure, fewer than half of IT projects were deemed successful.

But how do we measure project success and/or failure? I evaluated several projects that I worked on during my career and realized that I do not have a good answer. At least not one that would probably match the definitions provided in the studies that I reviewed.

The following real-world scenarios show the challenges in definitively labelling a project a success or a failure (or somewhere in between).

I offer my opinions. Feel free to comment with your own at the end of this article.

Project success? I believe it was, both from the department’s and the provider’s perspective. However, I would consider it a project management failure on the part of the provider.

Project success? Probably so, but possibly another project management failure.

Project success? Partially, if measured by timeliness, budget, and delivered functionality. However, the lack of quality became an ongoing burden for the client organization to keep the system operational. From that perspective, it was a failure.

Project success? Partially. Depending on how critical the system was to the client organization’s mission, the client may have been able to absorb the delay. As long as the client was not required to cover the budget overrun, the project was delivered functionally complete. However, the loss of reputation and the hit to profitability was a failure point for the IT provider. Not necessarily a project management failure, but certainly a project failure due to the low bid.

Project success? From a pure definition of meeting scope, schedule, budget, and quality, one could argue that it was a success – at least a project management success. However, from a usability standpoint, it failed.

Project success? From a pure definition of meeting scope, schedule, budget, and quality, one could argue that it was not. However, given the client-initiated scope changes and the delight of the end-users, I would say that it was successful.

Project success? From a pure definition, not at all. From the IT provider’s perspective, absolutely not. From the client’s perspective, it was partially successful. Although both client and provider should have done a better job of defining the solution as early as the development of the project charter, the client had the good sense of “pulling the plug” and not sending good money after bad.

Project success? I have not provided all the facts, so this one could be a toss-up. The provider and client agreed on how to recover from the disaster situation, and still deliver significant functionality, suggests it was a success. On the other hand, if the IT provider had no disaster recovery plan or risk management plan in place that could have mitigated much of the cost and schedule overrun, then this might be deemed only a partial success.

Project delivery is not always 100% successful or 100% failure. As these eight scenarios indicate, there are many moving parts that a Project Manager must be able to handle quickly and definitively. Considering these scenarios, all (with the possible exception of scenario 7) dealt with the people aspects of project management.

It’s the people aspects, the human factors, that require as much focus as process and technology.