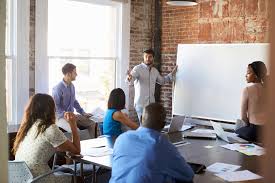 I’ve read articles that estimate that a Project Manager spends 90% of her time communicating – communicating up to her executive, across to her client’s management, laterally to her peers, inwardly to her team, outwardly to external stakeholders (and maybe a little muttering to herself or her shrink).

Communication is the lifeblood of any project. Whether 90% is accurate or not, the point is that a Project Manager is expected to communicate effectively, efficiently, clearly, sufficiently, accurately, promptly, frequently, honestly, confidently, sensitively, passionately, compassionately, persuasively, informatively, motivationally, instructively – and sometimes all in the same meeting.

And you thought becoming a Project Manager meant you had arrived!

Of course, the above description is somewhat tongue-in-cheek, though I have found myself having to exhibit any and all of those communication characteristics at different points in my project delivery career.

Think of the following communication situations that we take into account (or should take into account) daily on our projects. I have witnessed countless communication shortcomings whereby the Project Managers are seemingly unaware that their skills (or lack thereof) are make-or-break factors in project success. And we wonder why our industry has such mediocre project success statistics.

So much of project life revolves around communication, both verbal and non-verbal. I’ve seen poor communication on behalf of the Project Manager and his team escalate to project failure. I’ve seen good communication get in front of potential issues and ensure that projects progress successfully.

Communication truly is the lifeblood of every IT project.