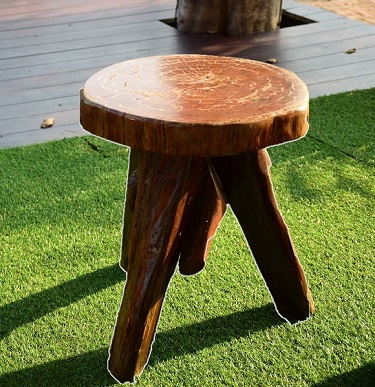 I grew up on a grain farm in Manitoba, Canada. For much of my childhood we raised livestock – cattle, pigs, chickens. My mom was very territorial when it came to milking the cows. She felt that none of us could do it right. According to her, the cows were more responsive to her voice and touch.

One day Mom was ill and sent me to milk the cows. I hated this chore with a passion. I particularly hated Snowball, who used her tail like a whip against anyone who came near. Except Mom, of course. Snowball also had a sideways kick that would land an unwary milk hand clear across the stall.

Muttering, I sat down on the milk stool next to Snowball and began the arduous task of extracting her precious cargo. Just as I got my rhythm down, the milk spurting into the pail in a satisfying tempo, Snowball struck. Her tail slapped me across the side of my head. She clumsily stepped forward in her stall and side-kicked me into next week.

They say there’s no crying over spilled milk, but they did not say anything about throwing a temper tantrum. I grabbed the closest object – the milk stool – and heaved it against the barn wall.

The milk stool. My mom’s favorite milk stool. The stool that Grandpa had handcrafted for her when she was my age.

I picked it up. One of the legs was askew, loose in its mount. I tried to tighten it, but it would not tighten. I used a shim. Then a nail. But nothing worked. From that moment, my mom’s favorite milk stool had one wobbly leg.

Fast forward 45 years. A colleague and I were discussing the project challenges that we each had encountered over our respective careers. Many projects were successful. But some had been completed late. Some overspent their budgets. Some had not completely met the end-user objectives. One or two had failed outright.

As long-time proponents of the people-process-technology framework for delivering projects, we drilled down to determine the primary reason for each project fail. To our great surprise, we quickly eliminated both process and technology as the leading causes of the failures. In fact, I personally could think of only one project failure over my entire career for which technology was probably the major reason for shutting it down.

That left the remaining component – people – as the predominant reason for project failure.

So, you ask, what does this have to do with a wobbly milk stool that was ruined by an angry farm boy? I thought of my Mom’s sturdy stool, and how it had supported her through thousands of morning and evening milkings. How one day it became wobbly because one leg was wobbly. How unsteady it was from that point on.

The people-process-technology framework is the “milk stool” upon which Project Managers position themselves to deliver their projects on time, within budget, and according to the client organization’s objectives. If even one leg is wobbly, the entire framework is wobbly.

My colleague and I concluded, anecdotally to be sure, that the people leg is the wobbly leg on virtually every project that does not meet expectations or fails outright.

But where do IT organizations (both internal corporate departments and external providers) put their training dollars?

Such training is, of course, essential. However, think back to your own projects – both successes and failures. Of the three components of the people-process-technology framework, which was most often the primary reason for successful projects? For project failures?

I venture to say that successful projects won the accolades of the project management team and their ability to manage the tasks, schedules, and budgets. Process.

Or success may have been attributed to the technical prowess of the delivery team. Technology.

But rarely have I witnessed project success being credited to the people aspects of how well the project was delivered:

However, have you noticed how quickly a scapegoat is sought for project failures? The individual(s) thought responsible for the underperformance or outright failure are determined to be lacking in some aspects of project management methods or in understanding the technology being delivered. Lessons Learned documents are filled with the need for more training in project management fundamentals and tools. Or, perhaps HR should have recruited more skilled developers. Or the client team members were clearly not sufficiently experienced to execute their responsibilities.

My 40+ years in the trenches of IT delivery suggests otherwise. My personal experience suggests that process and technology are rarely the problem.

When I say that people are the problem, I mean that IT organizations put too little focus on the people aspects of project delivery. And that becomes the weak link, the wobbly leg.

Where are the training dollars in these areas?

Why do I say this? Because the projects that I witnessed that underperformed or failed completely were, in my opinion, failures of people:

Was any one of these issues to blame? No. But when considered in toto, the project failure could be readily traced back to a lack of the people aspects or human factors in managing projects.

The people component. The wobbly leg.

I’d love to hear your experiences, good and bad. Are your organization’s training dollars reserved primarily for improving Project Managers’ technical and process-oriented skills? Or does your organization also invest in training the management and leadership skills necessary to lead their teams?