Have you ever started a project with solid processes in place, and with focused attention on delivering your proposed technical solution perfectly – yet within a few weeks you were experiencing major delivery problems? It happened to the firm I once worked for; and it happened because our Project Manager focused so intently on process and technology, that he ignored a serious people issue that had reared its head on the very day the project was initiated.

The Proposal Promised a Successful Project

Our proposal team had labored for four and a half months, formulating our proposed computer system solution, negotiating with suppliers and business partners, and delivering 12 bound copies – count them, 12 bound copies! – to the potential client’s procurement agency. Two more months passed while the client evaluated the competitive bids.

Now keep in mind, the client had prepared everything to this point according to the project management standards of PMI’s Initiating Process Group: 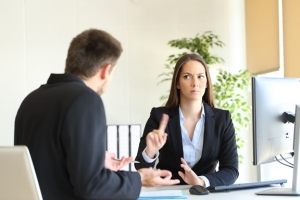 Finally, the winner was announced – we had won! Oh, what joy in the Corporate offices! Yes, we were the low bid; but hey, we knew we could deliver. After all, our processes and methodologies were tailored to their RFP requirements, and our technical solution was state-of-the-art.

Our senior executive flew in to meet our new client’s executive, and put ink to paper. No sooner had he bundled his copy of the contract into his briefcase and flown back to Corporate, no sooner had the client’s executive driven back to their uptown offices, when the client’s Project Manager – I’m going to call her Lady S. – turned to our firm’s Project Manager and said,“It’s my job to make sure that you don’t make any money on this job.”

The Project Manager Was Warned of Potential Project Failure

For the next four years, Lady S. made good on her promise. I’m recalling now that we burned out three project managers, and committed significant effort from four senior project delivery executives and two corporate VPs. Eventually both sides declared a truce and terminated the contract. The sad result: the client did not get the promised system, our firm lost significant money, and several of our key staff bailed.

Has anything like this been part of your experience? Can you feel the pain of the project team? Can you picture the client’s disillusioned staff?

Large projects are hard enough to deliver if all goes well, but adding the unexpected vagaries of senior staff with their own sense of self-importance or personal agendas all but assures project failure.

What could have been done to save this project?

Clearly, the negative consequences were not the result of poorly executed processes. Nor were there any technical issues. No, the negative consequences were the result of people issues – specifically a person issue. Our Project Manager was so wrapped up in doing well the things that he did well, that he ignored the things that he should have been paying attention to (probably because he didn’t do the people side of project management well).

What the Project Manager should have done immediately – do not pass GO, do not collect your paycheck – was to IMMEDIATELY escalate Lady S’s prophetic statement to his senior management. Senior management could have then alerted the client’s executive management quietly as to the attitude and actions of their own staff. The client’s own Project Charter clearly delineated the roles and responsibilities of each party, yet Lady S. had breached her responsibility on the first day. She should have been instructed on how to perform her responsibilities for the duration of the project or removed immediately.

There is never an excuse to let the people issues slide.

“But,” you say, “what if it were just an idle statement made in jest? He’d be hurting Lady S’s career before the project even started.” In that case, the responsible Project Manager, steeped as deeply in people skills as he is in MS Project® resource loading (yes, my tongue is in my cheek), needed to muster all of his non-accusatory verbal skills to determine what was going on with Lady S. He could have started the conversation with something like, “My job is to work with you to run this project efficiently so that in the end you get a system that meets your requirements and our company receives a fair return for its risk and effort. I’m curious about why you said what you said just now …”.

As already stated, there is never an excuse to let the people issues slide.

Pay attention to the people aspects of Project Management, and get the project started on the right foot!