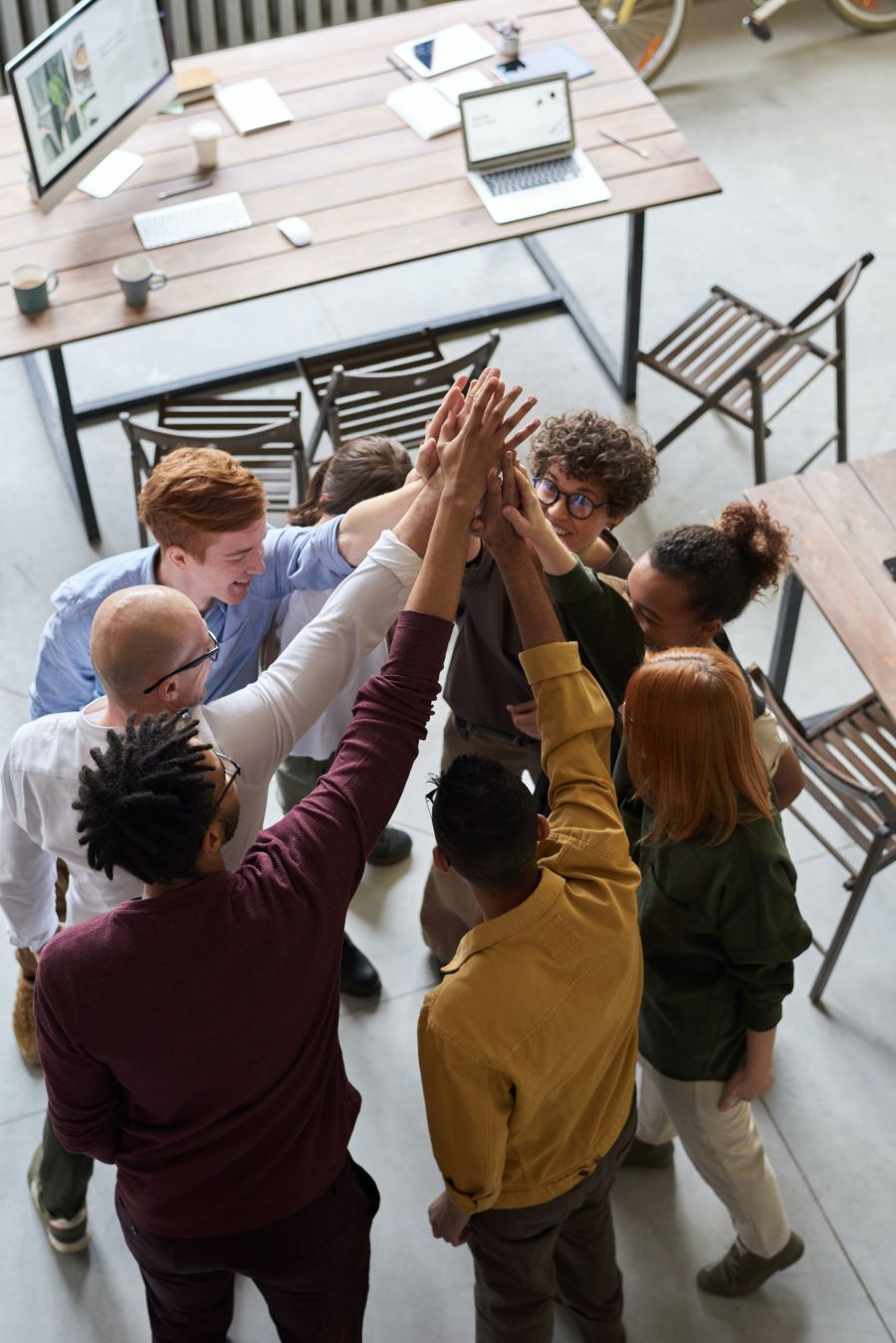 One of the greatest compliments I ever received as a Project Manager came from a major stakeholder. He said: “I can’t tell who on the team are are IT provider staff and who are the end-users.”

The stakeholder’s observation was passed on to our team. He and his team had just completed a Gate Review of our project. During the review, they interviewed a number of our project leads and team members. The organization they represented was funding our project. It also mandated the rules and policy that we were required to implement in the new system. Not only had we passed the Gate Review, but the stakeholder commended us for the healthy team collaboration and productivity that he had witnessed.

So, how were we able to succeed in this way, to build a great team that won accolades from an otherwise jaundiced reviewer? I believe we succeeded because we met together at the outset of the project – with intentionality – to build an effectively performing team.

And we did so based on this project, at this time, with this project team, for this client. Nothing cookie-cutter. All efforts intentionally focused on the project at hand.

What is a team?

So, what is a team? Specifically, what is an IT project team? While I believe the development of a team has many of the same characteristics no matter the industry and regardless of the purpose, I also believe that developing IT project teams has nuances unique to IT that can best be met from inside the industry; that is, from someone who’s been there, done that, and has the scars and victory wreaths to prove it.

The simple answer is that a project team is composed of a group of employees brought together because of their expertise and skillsets to collaborate on a specific task or project or objective. Though it is seldom that simple.

In my experience, an IT project team is comprised of a group of employees, subcontractors, and end-users. It is overseen by one or more stakeholders, each with his own objectives. Adding to the dynamic of an IT-focused team are team members from a variety of cultures, languages, and experiences; team members that are co-located, work remotely, or both; and team members that may be juggling work priorities in addition to those for this project.

Enter the Project Manager. Hers is a daunting task, requiring strong interpersonal and organizational skills to bring together the disparate values and work experiences, cultural differences, team members’ personal goals, and differences in expectations and levels of understanding of what it takes to work together on a project team. She must endeavor to build a team with a clear purpose that works collaboratively and cohesively towards the single goal of implementing a successful system.

During my MBA studies, in an organizational behavior class, I distinctly recall a concept of team development called the Tuckman model for building high-functioning teams. In 1965 Bruce Tuckman proposed his model, postulating that teams go through five stages of development from their inception to the end of project:

Rewarding for me personally is that over the course of my career, 10, 20, 30, and 40 years later, I still maintain strong personal relationships with members of past project teams, the result of our time together in teams on IT projects.

How does one develop a successful team?

So, how does one develop a successful team? Having now recalled the Tuckman model for building high-functioning teams, I will address this topic by referring to the forming and norming stages. In future articles, when I discuss the PMBOK® Guide topic “Manage Team” I will address the other three stages.

And kudos to Bruce Tuckman. So much of what I learned in college I relegated to the pile of “theories not implemented” in real life; but Tuckman’s model made so much sense to me.

As I mentioned earlier, we set the goal for success by meeting at the outset of the project with intentionality to build an effectively performing delivery team. In our minds, “team” included the IT staff we brought to the project as well as the end-users and subject matter experts that the client provided for the duration of the project. This is the same process that I typically followed when developing any project team.

During the forming stage, we did the following:

I often tell the story of how my father taught me to swim when I was very young by throwing me into the deep part of the river that flowed near our farm. In some ways we did the same with our project team members – except that we ensured each person was wearing the life preserver of management support. Norming meant getting thrown into the deep end of the project, and as we stayed true to the concepts described above, we developed a sense of team.