Successful IT projects are the work of many contributors. Sometimes project success can be traced in large part to a single individual. Enter the primary Stakeholder, the project sponsor.

Scenario 1: The young policy analyst was an excellent addition to our project as our main subject matter expert. She knew policy inside and out. She understood end-user functionality and how business processes were carried out in the field. She had an exceptional knack for designing the user interface of the new system.

But she was difficult to work with, often usurping decision-making that rightly belonged to her superiors. She attempted to override decisions made by IT Project Manager. She dominated requirements gathering sessions and criticized co-workers in public. Her detractors wanted her removed from the project; her advocates reminded us daily that she was the best they had.

Enter Ms. C., our project sponsor from the client organization. 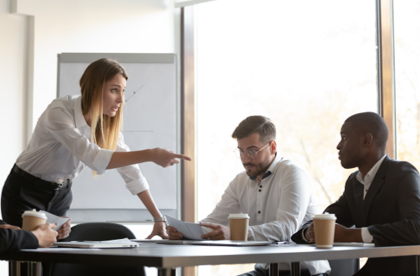 She caught wind of the problems that were being caused by her employee, and decided to reassign her immediately. Ms. C. asked to meet with her Stakeholder representative on the project and myself representing the PMO. The two of us championed this young woman for over an hour – not disagreeing that her behavior was problematic, but arguing that we were at a critical point in the project and required her superior knowledge and skills.

Ms. C. relented. She trusted us to make it work and periodically checked in on us over the next several months.

Scenario 2: Our project was “blessed” with the services of an IV&V (Independent Verification and Validation) contractor. The issue: the project was running smoothly, and IV&V had nothing negative to report in its monthly status reports to the regulatory agency. So, every so often, IV&V would move status from “green” to “yellow” and attempt to justify the downgrade. 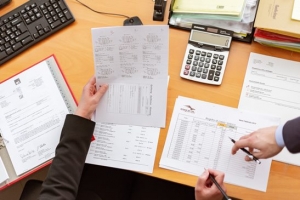 She reviewed every IV&V draft report that indicated a downgrade to “yellow”. She then met with the IV&V contractor. He would explain in layperson’s terms, in excruciating detail, the justification for downgrading the project status. Ms. C. asked very good questions, challenging IV&V on its assessment.

More often than not, IV&V relented and re-established the “green” status. Ms. C. did not demand the change if “yellow” was in fact warranted; but so often IV&V left her office humbled at having creatively attempted to justify the downgrade. He often remarked, “no project runs this well.”

Scenario 3: The project had progressed very well, and the schedule pointed to an on-schedule Pilot Implementation in six weeks. As we prepared for the go/no-go decision, we noted that there were still over 350 outstanding defects from User Acceptance Testing (UAT). Not all of these defects were critical, and in my estimation, we were safe to freeze the code and go live on schedule. 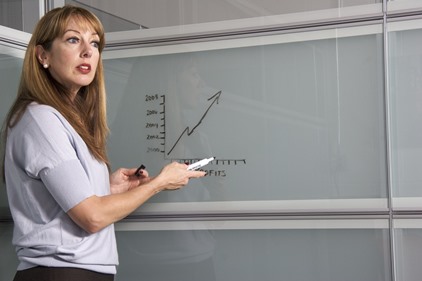 She had reviewed the UAT statistics and demanded to know why we should go live with so many outstanding defects. She called a meeting with her Stakeholder representative, her functional leads, and me. For the next three days the boardroom was our home away from home, and the projector hummed eight hours a day as we projected each defect one at a time on the screen. We explained the effect of each on the business processes should we leave the defect uncorrected at go-live.

At the end of the review, Ms. C. was satisfied that all 350 defects did not need to be fixed for go-live. But she did require that 100 of them be fixed, retested, and certified in time for our final go/no-go decision.

We implemented on time.

It was one of the most successful systems projects that I have had the privilege to work on. The IT solution provider had stellar project management and skilled technical staff. The end-user team members were the client’s brightest and best. The client’s technical staff contributed significantly. The PMO provided strict project oversight and guidance.

However, in my estimation, we would not have implemented on time without the sacrifice and diligence of one very key team member, the project sponsor. She did not know process. She did not know technology. But she knew people.