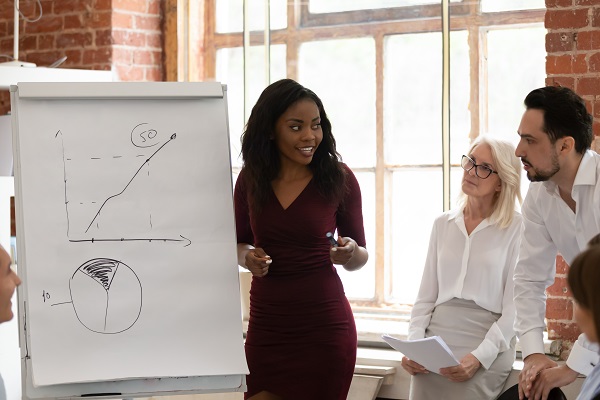 These were typical stakeholder entities involved with IT projects on which I served. Each entity had its own goals and objectives for the project outcomes – some overlapping, some at odds with other stakeholders. Some stakeholders were powerful and insisted on being directly involved in the project; some were along for the ride.

Regardless of the degree of involvement or influence, IT Project Managers have several constituents that they need to satisfy.

In previous articles, “Recruiting the Right Stakeholders Will Make Your Project Successful” and “Stakeholder Analysis – A Practical Example from a Successful Project” I focused on recruiting the right stakeholders for the project and, most importantly, the right primary stakeholder. Often, the Project Manager is not given the opportunity to recruit her own stakeholder representatives; nonetheless it is now time to develop the Stakeholder Engagement Plan.

In my opinion, the PMBOK® Guide (Project Management Institute, 2017, pp.516-522) is vague on this topic, even from a pure process aspect. Therefore, I am offering several definitive and practical ideas on how to establish a Stakeholder Engagement Plan both from a process and people aspect of project management. Mostly my focus is on the people aspects of developing this critical sub-plan within the Project Management Plan.

The following 9 distinct strategies are ones that I have personally used to develop effective Stakeholder Engagement Plans:

Project Managers rely on stakeholders for input and/or reinforcement of certain project decisions, but not in typical day-to-day project activities. Stakeholders are exceedingly valuable when requested to handle material issues. Often I relied on them for assistance with decisions that were above my “pay grade.”

For example, on one project the primary stakeholder felt that she could not make any decision unless she understood every detail of the policy item or functional requirement leading up to the decision, She would ask a barrage of “why” questions that quite frankly did not enter into the equation. It took some time, but she finally trusted us to take care of the minutiae while assisting us with the major decision that was outside of our purview.

Alternatively, on another project, the stakeholder representative from the employees’ union attempted to instruct the project team of how certain functionality was to be implemented. We politely but firmly informed her that such decisions were outside her scope of responsibility.

People want to be heard, and that includes the stakeholders. Giving a voice to their concerns such that they realize that they are being heard will help ensure their active/proactive participation in the project.

For example, six months prior to implementation the primary sponsor may be tasked with organizing her field operations staff for training. Similarly, the CIO may begin to negotiate the just-in-time delivery of the new technology infrastructure. Such tasks should be reflected directly in the project plan and reviewed in status meetings.

For example, many of the projects that I worked on were required to follow strict federal guidelines (in this regard, several federal agencies were stakeholders). Local client advocates (also stakeholders) attempted to have some of these mandates eased. We solicited the assistance of the primary stakeholder to work to a satisfactory compromise with the client advocate representative.

As such, the Stakeholder Engagement Plan may include such items as involving the stakeholders in weekly status meetings, engaging them in key strategy sessions, and perhaps meeting in informal settings outside of project responsibilities.

Project Managers are not always good at anticipating project issues. It is imperative that they are always scanning the project horizon and immediately involve the stakeholders when they notice something. As an example, I noted on one project that user acceptance testing was approaching and the client was not prepared for their part in the testing process. I immediately alerted the primary stakeholder. We immediately formulated a plan to identify, train, and fully prepare her team for their testing responsibilities.

In my early years as a Project Manager, I often solicited stakeholders to help eliminate roadblocks. For example, a hardware supplier who was dragging his feet on delivery became fully cooperative when the CIO contacted him directly. Likewise, a policy analyst who was ignoring my calls about a specific issue responded immediately when contacted by the department director.

For example, on one project that I worked on, the union stakeholder representative stated that success meant that no staff member would lose his or her job when the project was implemented. The primary stakeholder defined success as staff members having a system that would help them keep on top of their daily workload with accuracy. These appeared to be different definitions, but when we showed them how their goals were aligned, the cooperation between the two stakeholders was much stronger.

Planning stakeholder engagement is just an extension of planning the project itself. Helping stakeholders understand the value of their contributions and involvement in the project keeps them positively engaged. Formalizing this engagement as part of the Stakeholder Engagement Plan will go a long way to help ensure project success.