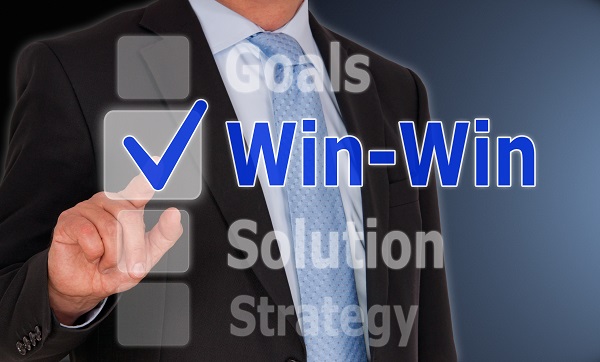 It is tremendously rewarding when risk management planning manifests itself in a readiness to handle project risk events that will come our way. It is even more rewarding when the winning strategy of performing a Qualitative Risk Analysis sets us up positively for winning results.

An Unexpected Challenge from Outside our Project

On a large, complex human services project on which I worked, the Department’s CIO became aware that a large population of individuals in his state were approaching the end of their unemployment compensation benefits. Most of them would remain unemployed due to the severe economic downturn. While that situation had no direct effect on his department, the CIO quickly grasped that a vast number of those losing unemployment benefits would soon be applying for assistance from the department which he served. It was a dire situation that would strain all the resources of the department, including the new system we had just implemented.

The CIO identified this risk with a probability of occurrence at over 90%. Similarly, it would have a “very high” impact of .9 or higher on the department and the new system. The newly implemented system was state-of-the-art but had not been designed to handle such a dramatic spike in anticipated applications. Additionally, such a huge influx of applications would overrun the local offices’ ability to process them timely.

As he studied the timeframe for this bubble of unemployed citizens to work its way through the unemployment system to arrive at the doors of the department, he approved a significant add-on to our project. The add-on provided a self-service portal through which citizens could apply for assistance without overwhelming the local county offices. The add-on was completed timely, and as predicted, the large influx of applications materialized. They were able to handle the real-life crisis because of his foresight.

Looking at this from the process aspect of project management, he handled this unexpected risk event exactly correctly. The qualitative analysis of the risk scored high, and mitigation required immediate action. But more importantly, the effect on the people aspects of this project’s objectives was incalculable (not to mention that he kept his department out of the newspapers!).

Consider a second example. A client for which I was working was tracking legislation from the US Department of Agriculture called the Farm Bill, and its potential effect on our project. The Division Director monitored the legislation through news accounts and discussions with his state and federal counterparts.

He was able to predict that there was less than a 10% probability of the legislation being passed while our project was still going on. Regarding the impact to our project, we had designed the new system to be largely parameter-driven, such that the changes to our project required by the new legislation could be handled without any code changes. The risk was correctly identified as “very low” and was put on a watch list for periodic review. The people aspects: well, that was one less thing to worry about!

A final example illustrates that Qualitative Risk Analysis is not just for potential threats to a project, but can be extended to opportunities. On a project for which I was performing oversight services, we became aware of the potential for an enhanced funding match from one of the major federal government agencies.

Understanding that this would provide opportunity to add needed functionality to the system (which we had previously de-scoped for lack of funds), I was able to arrange a face-to-face meeting between the head of the federal division that controlled the enhanced funding and my client’s major stakeholders. Within days of that meeting we submitted a request to take full advantage of the enhanced funding.

We had estimated the likelihood of the new funding model at a probability of 90% or higher. We assessed the positive impact on the project as “very high.” The derived assessment of opportunity (rather than a threat in this case) prompted me to drop everything I was doing on the project to take immediate action to develop the funding request.

Qualitative Risk Analysis done well helps us meet the objectives of our projects more readily as we are better equipped to manage the risk events that challenge every IT project.